Khotography About me, myself, and my photos

[KISH] Back to SH

Well.. the Chinese New year break was LONG.. a bit too long…

It’s funny that the first day when i got back to work, my boss said. “wow you seems more tired then the way you look before the holiday!”  Well.. kinda..

Anyway, so i’ve went to Guangzhou (hence the above picture)
and also Hong Kong of course.
was able to do some street photo in HK, so was happy about that!
END_OF_DOCUMENT_TOKEN_TO_BE_REPLACED

Well.. another DIY from me!
So, I’ve came across these Cola bottle belt clip on the web (first time saw this was actually on the subway)
Been using these to clip a bottle on the camera bag for long time.
suddenly got this idea.

So, basically i took 3 of these clip, took the hook out and thread it with a cable velcro tie.

and of course, you can mount three 2 liters one.  (click here for full size)

Well! For the Strobist out there.  We all know how bulky the Beauty-dish is.
Especially for me who doesn’t even drive in Shanghai, China. Carrying the big Beauty-Dish is hard. (and people often thought I am a Satellite Technician)
So I’ve always tried to avoid using it.

The other day, I was walking around XingGuang (the Shanghai Camera Mall, Yes a WHOLE BUILDING selling photography related stuff!!)

I came across a little rather useless thing, which is a reflector that mount in front of the camera lens, to act as a “Ring-flash” that’s selling for 20 Chinese Yuan (about 3USD??)
But suddenly this strike me, I can make use of this thing. and solve the beauty Dish problem.

END_OF_DOCUMENT_TOKEN_TO_BE_REPLACED

Let it snow~ Let it snow~
well… First snow this year in Shanghai is finally here…
and it is coming in hard!

first time I’ve ever seen it cover the ground/roof in shanghai.
(it’s normal in Toronto i know… but not in SH!)
anyway just wanna say it!
Holiday season is coming (even tho there are no x’mas holiday here in China.)

If you don’t know what Help Portrait is:
Basically it is a world wide movement started by Jeremy Cowart, a Seattle based photographer.  On Dec 4, Photographers (no matter you are Hobbyist, Amateurs, Professional, etc)  will go out and help people to take portrait, for those who never got a chance to have their portrait taken.
It’s not about us, our pictures, or our portfolio. but is about sharing with others, other people who needs, and with other photographers. So in other word, the portraits will not be post, but only send back to the “model”. Only thing that will be post is the picture that we took WITH them. to tell a story.

END_OF_DOCUMENT_TOKEN_TO_BE_REPLACED

[KISH] Well.. Finally Expo is over

I suppose there are some good thing and bad thing that such a huge event had brought us.

So! I am back to Shanghai.
It was nice to visit Home@Toronto and travel around the US.
but also it’s nice to be back with all my gears and toys around!

So as i said last time, I will post a few more strobist style pics that I took during the US trip.
So here we go!

END_OF_DOCUMENT_TOKEN_TO_BE_REPLACED

So i was taking one of those bus tour with my parent and my wife to the states for 4 days (3 nights)in the camera bag, i had my film cameras and my little G11 with a few flashes.

That is why i am away online for so many days.

of course. the picture from the film camera won’t be availiable any time soon. but most of the G11 pic are processed. and alot of them are strobed!

on the final day, the cloud got heavy with the blue sky behind, was at a service stop waiting. so i got got my gear out and took this.

[RANT] [KISH] Finally WordPress is not behind the wall!

Finally!  WordPress can be access freely in China!!
no more blocking! woohoo! (at least for now!)

We’ve been talking about we wanted to host a Strobist 102 workshop.
we did 101 a few time already, time to move up and go practical.
So last weekend, few of us decided to do a test run.
Organized a small scale workshop with 5 people only.

It was quite successful I think.
We hired one model, and XXOM also brought a friend.

Read on to check out some of the model shots and test shot!! and find out how we think about the meetup

END_OF_DOCUMENT_TOKEN_TO_BE_REPLACED

[KISH] Searching For Abandoned Building I

Somehow i have a thing for broken places, used to love the “Brick work” in Toronto (used to be a brick factory, got discarded for years)

First stop i went was M50. on Moganshan Lu (莫干山路）
there is a building I’ve seen a few time.. but never got the chance to find way to access it.

here’s the building. It is a 3 floored building but i i don’t think upstair can be access.. the floor already hollowed.. probably not safe to get up there.
END_OF_DOCUMENT_TOKEN_TO_BE_REPLACED

Got XKCD subscribed on RSS feed.. and today’s comic is funny (at least it is funny to me.)
so i figure i would share

Summer is TOO hot in shanghai….
so …   we decided to have NIGHT time meetup this month!
Since lot of us got no high-iso or super fast lens.
walking around town could cause a problem…

so… someone came up with the idea of doing night painting!!!

END_OF_DOCUMENT_TOKEN_TO_BE_REPLACED

First of all,
I have to say i was going to update this 2 weeks ago.
but my connection to WordPress been acting up like crazy!
So i can’t post anything properly until now.

We were having the first “Scott Kelby’s Annual World Wide photowalk” in Shanghai.
We went from Jingan Temple all the way to Huaihai Zhong Rd.. about 3.5km
we had 35 people in the group! all with camera in their hands, and walked for good 3-4 hrs!

It was great fun! and many many thanks to John for organizing this!

So,
Was dragged to the Shanghai EXPO again last week.
and gosh.. there are ALOT of people.. even more than the last time i went few months ago!

END_OF_DOCUMENT_TOKEN_TO_BE_REPLACED

Well.. taobao. usually give me a very good experience.
I mean.. i’ve heard lot of people doing bad thing on it, but this is the first time i bump into it…
and well.. i dodged the bullet i guess…

read on! and see what happened to me…
END_OF_DOCUMENT_TOKEN_TO_BE_REPLACED

Here’s the 2nd part… let’s continue where i left off in part 1.

After we left Yongnuo, we went upstair to check out more lighting stuff.

we stop by a booth called Nanguang.
they all do continuous light.  (non flash)
and came across one BIG ring flash consist of whole bunch of florescent tube mounted in circle.
at first, i was a bit sceptically about this thing… (never really a continuous lighting guy. like flash more)
but well.. i have to say the quality is quite good.. and the catch light is very interesting!

END_OF_DOCUMENT_TOKEN_TO_BE_REPLACED

Well..  i figure i would report this. even tho i am not an apple fanboy (Don’t like i-tune)
Apple opened their first “Apple store” in Shanghai (2nd one in China, the 1st one was in Beijing)

this morning..  thousands of people lining up trying to gets in…

END_OF_DOCUMENT_TOKEN_TO_BE_REPLACED

Yes.. another New category!
this one is called “Photo Report” [REPORT]
Like the name suggested. it will be reporting any photo news. including event, gears, etc.

First one.
we going to talk about the The 12th China Shanghai Interphoto & Digital Imaging Exhibition
So, this is the first time i go to this exhibit.
what’s going on there are Chinese manufacturers bring out their product and show it to everyone.
there are a few big non-chinese company too (such as Canon, HP, Epson, etc)

Last Saturday, Myself, Savio, David and Lutz went to this show, since we were kind of invited by Phottix

So I guess, naturally let’s talk about them first.

END_OF_DOCUMENT_TOKEN_TO_BE_REPLACED

[KSOW] A “Ferrania Zeta Duplex”.. How could you not want on one of this!!

OH com’on! how could you not want one of this!
this is the best looking camera i’ve ever seen!! GOSH.. you have no idea how much i want it now..
it use 120 film… and i just happen to have tons of it. !

Ok! new category! it’s called “Kool-Stuff-On-Web”
If i came across something worth mention on the web.  i will post it here.

so expect to be short post. unless there are lot of explanation needed.

First one.. Today on twitter, i came across this video titled “The iPhone Fashion Shoot By Lee Morris ”

END_OF_DOCUMENT_TOKEN_TO_BE_REPLACED

So … another “How Kirk Did-it”
This time featuring the little Beetles toy car.

END_OF_DOCUMENT_TOKEN_TO_BE_REPLACED

[RANT] [HKD] Oh snap! i left my bankcard in the ATM

So i was doing some shopping at the supermarket, then after i done i realize i am out of cash
so i want to the Atm.

got some money out… and then left…

END_OF_DOCUMENT_TOKEN_TO_BE_REPLACED

And also make sure you
subscribe to the RSS feed!! 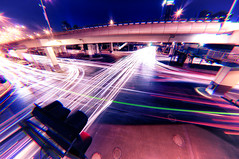